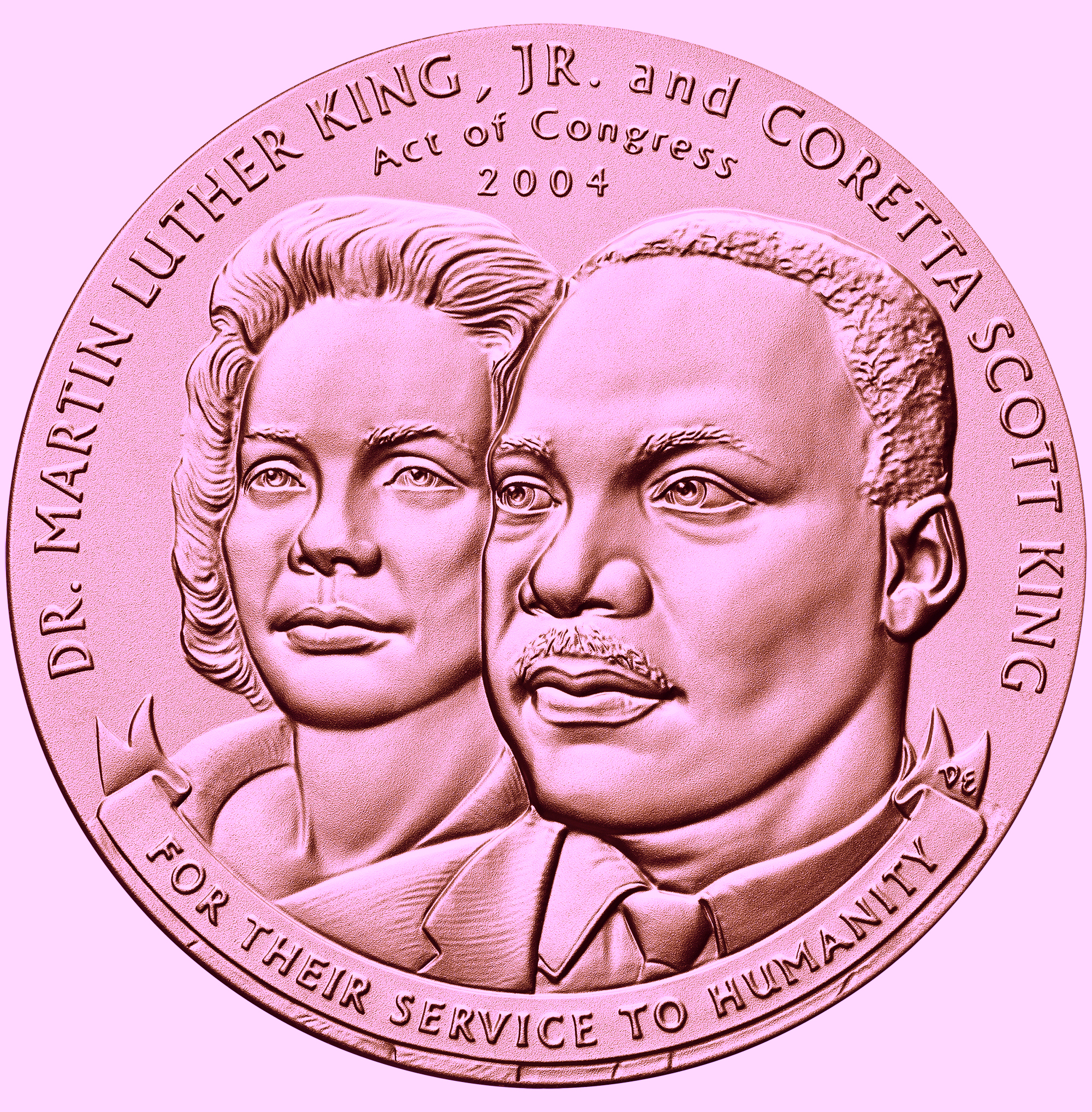 This blog was started to help bridge the wealth gap between men and women, and to empower women to take control of their finances. This week however, I am going to focus on the wealth gap between black and white Americans. In light of the recent murder of George Floyd, and all of the others who came before him, I think it is critical that as a white person, I take the responsibility to change the narrative and educate other white Americans on the systemic hardships we’ve created to oppress black Americans and control the wealth.

I could not have planned a better lead into this topic than last weeks post. While this was accidental, the topic of compound interest can be mirrored almost directly into how wealth accumulates for families over generations. I won’t discuss the basics of compounding in this post, so if you’re unfamiliar with how compound interest works, I would suggest reading that post first.

The transatlantic slave trade began in Europe, predominantly Portugal, in the mid 1400’s. In the early 1500s, shortly after Christopher Columbus “discovered” America, the Spanish began bringing enslaved Africans to America. From 1503-1865, slavery was legal and thriving in America, including what, in 1776, became the United States.

For 362 years, African and African American slaves were considered property. While white settlers used slaves to build America and their own wealth, black people were considered a commodity. They could not own property or grow wealth for themselves. That gave white Americans a 362 year wealth building head start on black Americans.

After slavery was abolished in 1865, the southern states began enacting laws to restrict the lives of freed black slaves. These laws were known as the black codes.  In 1867, the radical Republicans helped pass the Reconstruction Act. For the next 10 years, the US forced the southern states that had seceded to enact equality laws granting freed slaves citizenship, and the right to vote. Once the federal government stopped policing these states however, any gains toward equality that freed slaves made during this time were erased.

After reconstruction ended in 1877, the Jim Crow laws began to be enacted. These laws led to segregation, and although illegal, lynching became a wide spread practice. Just to clarify, the definition of lynch is, “(of a mob) kill (someone), especially by hanging, for an alleged offense with or without a legal trial.” (Google’s definition from Oxford Languages.) By definition, lynching is one of the many ways law enforcement has allowed for the oppression of blacks and progression of whites. This type of systematic oppression lasted until 1964 when the Civil Rights Act was signed, prompting the end of segregation. So let’s tack on these additional 99 years to the white wealth head start.

From 1964 to now, the rules for whites and blacks in America have still not been equal. The inequities are not as stark as they were with slavery and segregation, but they are alive in our society. One example is the harsher sentences that were imposed in 1986 for the drugs used in predominantly black communities. These harsh sentences led to black people, especially men, being incarcerated at higher rates and for longer periods than white people. This destroyed black families and economies. White people then began to use the destruction they caused as a tool to vilify black people. They called black people lazy and violent. They said black people don’t want to work and only want to rely on a welfare check. Then they tried to cut welfare funding, while still incarcerating black people at a higher rate. This is still a problem to this day. If you’re white, imagine how your dad, your friends’ dads, brothers, cousins, uncles going to jail would have disrupted your family. How would it have affected your community? Do you think your family and community would have seen economic prosperity through all of that? Probably not.

So here we are today, 2020. We enslaved Africans and used them to build our wealth for 362 years. Then we enacted segregation laws to prohibit them from gaining equality, let alone wealth, while we murdered them for 99 more years. And then from 1964 – 2020 we’ve still been enacting laws to perpetuate this inequity. This comes to a total of 517 years that white Americans have been able to build wealth at the hands of black Americans.

Almost 66% of an American’s net worth comes from real estate. When the New Deal was signed in 1933, it provided mortgage assistance to homeowners in danger of losing their homes during the Great Depression. The New Deal also created the Federal Housing Administration (FHA) to insure bank mortgages. However, the FHA would not insure loans for homes in areas it calculated as “risky”. The riskiness of an area was calculated by race. The areas that were risky, aka predominantly black, were colored red. This is where the term redlining comes from.

Redlining meant that black families weren’t able to get loans to buy housing. Real estate is an appreciating asset. That means that home prices, over the long term, will increase. This is the basic principle of wealth building and investing. You take the money you have now, invest it in an appreciating asset, and you can sell it for more money later. Without the opportunity to secure a loan, black Americans were not able to invest in real estate and grow their wealth using the main wealth-building tool in the US, a home.

In 1968, housing discrimination was outlawed on paper, but it was still incredibly difficult for black families to buy houses outside of redlined districts. In the 1990’s an effort was made to bridge this divide and offer more loans to black Americans. However, black borrowers were offered subprime loans twice as often as white borrowers, even if the black borrower had good credit. Subprime loans are offered to borrowers deemed more risky. Notice a trend? Because the borrowers are deemed more risky, these loans have higher interest rates. In other words, black borrowers had to pay more to borrow money than white borrowers.

With this disparity in wealth building tools, the wealth gap has continued to widen (see graph below). You’ve probably heard the phrase, “it takes money to make money.” This is true. Since black Americans have been unable to acquire assets, they have not been able to build wealth. When you factor in generations of compounding wealth for white families, and the absence of investing opportunities for black families, it is easy to understand how the wealth gap has gotten so wide.

It is critical that we, white people, take it upon ourselves to start evening the score. Structural policy changes are needed to sustain long-term black wealth growth, but our government can barely get anything done. So here are some things you can do now to begin bridging the gap.

Make a commitment to seek out black owned businesses. I love makeup and fashion. If you’re looking for the best matte lipstick around, check out Beauty Bakerie. Think about your top shopping categories and find new black owned brands to buy from in them. Look large companies that have well diversified boards and promote black people to top level positions.

Segregation may not be legal, but it is still rampant. Many cities still have white areas and black areas. Go eat at the restaurants in the predominantly black areas of your city. If you live in the southern US, chances are you love southern food. Did you know that much of the food you love has its origins in Africa? Make a point to give back to the Africans who brought this delicious food to you.

One of the greatest areas we can use to learn about the black experience while contributing to black wealth is to consume their art. We do this predominantly through rap music today, but there are so many more avenues we can pursue. Buy books written by black authors. Hire black graphic designers to create your logo or build your website. Hire a black makeup artist, DJ, and florist for your wedding. The list goes on.

Donate to your local bail fund, Color of Change, the NAACP, or another organization working toward equality for black Americans. You can also look for organizations in your area that build after school programs in under served areas, or provide nutritious food for people living in food deserts. One organization in Miami that does this is Health in the Hood.

What this doesn’t mean is to use black diversity to further your brands. I’ve seen a lot of influencers wanting to gift their products to black influencers. This is white saviorism. Your gift to them will ultimately benefit you. Your product will be promoted to a new demographic and you will have access to new customers. When you’re looking for ways to help, think about who benefits most from the end result. If it’s you, the action you’re taking isn’t helpful to building black wealth.

This is just a small glimpse into the inequities that have existed since before this country’s inception, and still exist today. But we don’t need to continue to accept this reality. It is on white people to bridge the divide and finally make the equality this country claims to be so proud of, a reality for all Americans, black, brown, and white.

1 thought on “This is America”