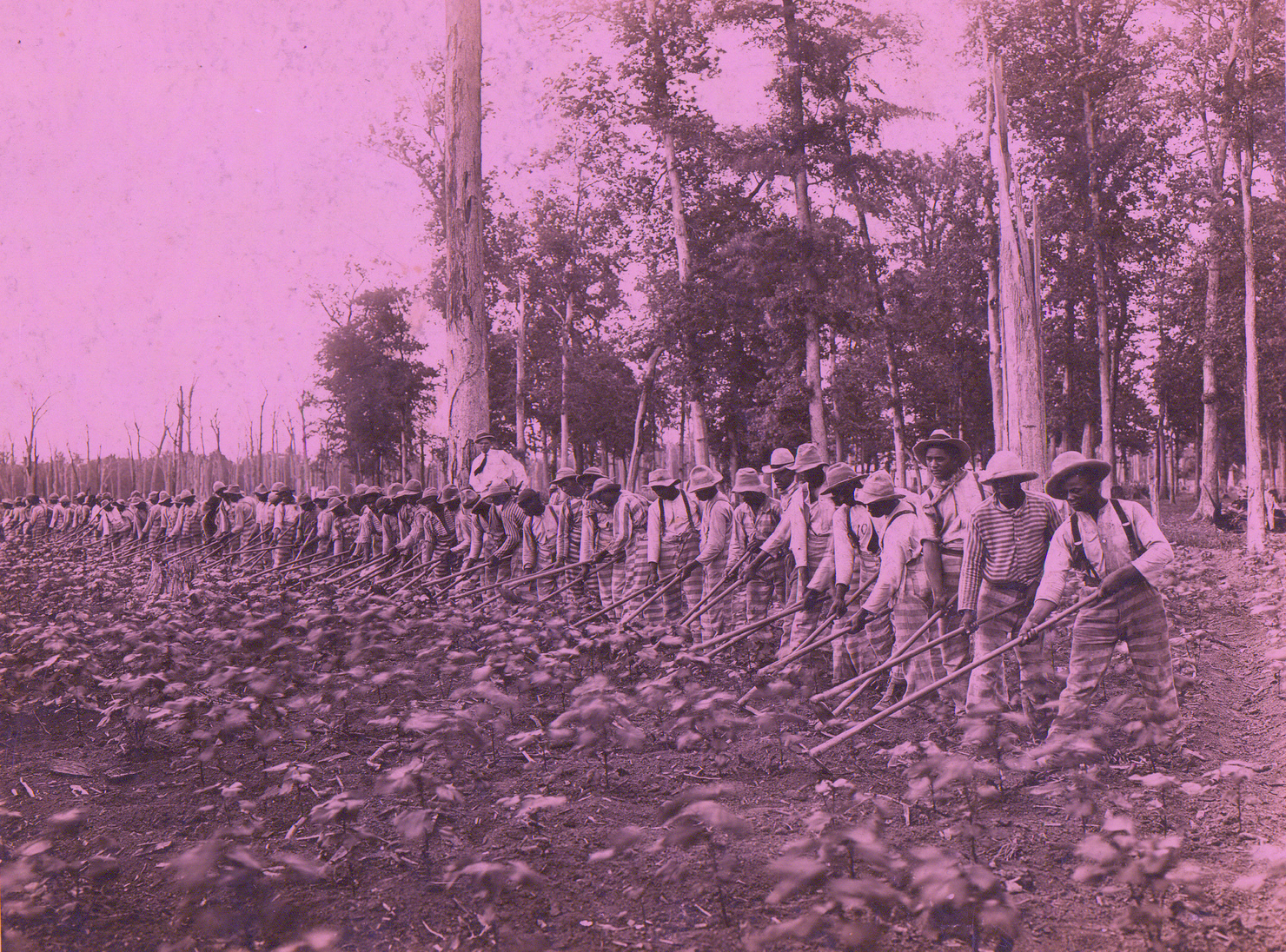 If you had asked me a few days ago who I would suggest you open a retirement account with, I would have said Vanguard. I have a Roth IRA account with them, and was super happy with their low cost investing approach. Now I’m in the midst of an ethical dilemma because I learned this week that Vanguard is the largest supporter of modern slavery, or for-profit prisons.

The first privatized prison was started in Louisiana in 1844. The company that owned the prison used it as a factory and “employed” the inmates to make cheap clothing for slaves. Seeing the Louisiana company’s success using this new labor pool, Texas followed suit and opened their own private prison. Five years later, the Texas penitentiary was the states largest factory, and they became the main southern textile supplier west of the Mississippi.

In 1860, slavery was abolished by the 13th amendment, but there was a loophole. Slavery was no longer legal “except as punishment for a crime.” Thus, the private prison boom began in the South. The state would lease the inmates (like property) to companies. Prisoners (mostly black) were kept on these companies’ private plantations and labor camps, and forced to perform hard labor such as mining coal and laying railroads. The companies would then give a portion of their profits to the state for leasing these inmates to them.

These private companies were driven by the same thing private companies are driven by today, profits. This desire to squeeze out every bit of profit possible caused the companies to resort to extreme measures. Unlike with free labor, torture could be used to force inmates to perform. Whipping was common, and wasn’t outlawed in Arkansas until 1967. That is correct, not 1867, but 1967. Since the companies didn’t own the inmates but just leased them, they had even less incentive than they did with slaves to keep the inmates alive. This led to an annual convict death rate in the South of 16-25%.

The southern companies who used the free inmate labor became wildly successful. Average revenues were nearly 4 times higher than the cost of running the prisons, and the profits from inmate leasing made up 10% of some states’ budgets. Seeing the success of the private prisons made states jealous, and in the early 1900s, states decided to buy their own plantations and to stop leasing inmates. This led to the end of the first round of prison privatization in the US.

In the 1980s, the tough on crime era began. Incarceration rates skyrocketed and states couldn’t keep up with the rising inmate levels, so they asked private companies to step in. That is what caused Terrell Don Hutto to found CoreCivic, then the Corrections Corporation of America, in 1983. Terrell Don Hutto is a real slime ball. In 1967, he ran a cotton plantation the size of Manhattan and forced convicts to pick his cotton without pay. To make it worse, he and his family also used an unpaid convict as a “house boy” to serve them. Today, Terrel Don Hutto’s company, CoreCivic, is the largest for-profit prison provider in the country.

To maximize their stipend profits, private prisons are constantly looking to cut costs. In order to keep costs low, for-profit prisons need to have enough inmates incarcerated to spread out their fixed costs. An example of a fixed cost would be the Warden’s salary. Let’s assume the Warden makes $100k/yr. If the prison only has 1 inmate, the cost of the Warden’s salary can only be applied to 1 inmate. So the cost of housing the inmate for a year will be $100k+their food, all of the electricity, their clothing, etc. That’s a pretty expensive inmate. If the prison has 10,000 inmates, then the Warden’s salary can be spread out over many inmates. With 10,000 inmates, the cost of the Warden’s salary per inmate is $10, or $100,000/10,000 =  $10. Now the annual cost per inmate is $10+their food, 1/10,000 of the electricity, their clothing, etc. This concept is called economies of scale. It allows a company to maximize their cost advantages by scaling their operation. This means that private prisons need a minimum number of beds filled in order to keep their fixed costs low.

Another type of cost is a variable cost. An example of a variable cost is the hourly wage that is paid to the prison cleaning staff. Instead of hiring cleaning staff for, let’s say, $8/hr, for-profit prisons will force inmates to perform the operational labor of the prison. The inmate laborers are often paid less than $1/hr. For ease, let’s assume they pay the inmate $1/hr to clean the prison. That amounts to a savings for the company of $7/hr worked. If inmates refuse to work, they lose privileges such as visiting hours, phone calls, and are sometimes put into solitary confinement. Inmate workers also don’t have any of the same protections that civilian workers do like sick days, or hourly work maximums. On top of that, private prisons have minimum reporting requirements, which don’t allow the public or the government to clearly see the inner workings of the prisons. Working without pay and no protections used to be called slavery. Now its called prison labor.

Another money saving tactic is to cut programs and services to inmates. The first advantage to cutting a program is that it is a quick save on expenses. But cutting programs that would rehabilitate inmates is in the best interest of for-profit prisons for another reason. If an inmate is rehabilitated, he/she has less of a chance of returning to prison. As we discussed previously, in order for the for-profit prisons to profit, they must have a constant flow of large numbers of inmates through their prisons. It is in their best interest to cut rehabilitation programs, so the recidivism rate (the rate people return to prison after being released) remains constant.

The second way for-profit prisons make money is by going public. Going public means that they will issue stock on an exchange like the NYSE. CoreCivic and Geo Group, the two largest providers of private prisons in the US, are both listed on the NYSE. Going public provides an influx of cash when investors buy the new stock issues, and this cash influx allows the company to make big purchases, like building a new prison. Another large expense they often use this cash influx for is lobbying. In 2016, CoreCivic gave almost $300,000 in campaign contributions, 96% of which went to Republicans.

Being a publicly traded company causes another problem. Public companies have a fiduciary responsibility to their shareholders. That means that the company has a legal obligation to make decisions that are in the best interest of their shareholders. What are the shareholders interested in? It isn’t inmate rehabilitation or well-being. It’s making money.

Private prisons house less than 10% of US inmates, but they have their eyes set on a new market for expansion, migrants. Private prison companies have been putting up detention centers along the US-Mexico border, and now detain almost 75% of the migrants coming to the US to seek asylum. The conditions in these detention centers have been inhumane. Parents and children were separated, and little documentation was kept in order to reunite families later. The families of some children haven’t been able to be located for years.

Vanguard is the largest holder of CoreCivic and Geo Group stock. They mainly hold these stocks in passive funds that track indexes, like the S&P Mid Cap 400. The good news is that you can find out if you own funds that include CoreCivic and Geo Group. Look at your portfolio and what funds you have. Then look to see what stocks these funds contain. If CoreCivic and/or Geo Group are included in your holdings, you can switch your investments to a similar fund that does not contain these stocks instead.

Money talks. If you’re against modern slavery and have an account with Vanguard, the first thing you should do is to research the companies that are included in the funds that make up your portfolio. If these stocks are included, find alternative funds to move your money to. If you are against modern slavery and don’t have any investment accounts, you should open one immediately!! Just make sure you include funds that don’t contain these stocks in your portfolio.  (here are two great intro to investing posts on retirement accounts and building your portfolio.)

Becoming a rich bitch does not mean compromising your values. Here are some links where you can see who the largest investors are in CoreCivic and Geo Group.

CNBC – Your Complete Guide to Investing with a Conscience

Forbes – Here’s How to Invest in a Socially Responsible Way

People of color are disproportionately affected by for-profit prison’s modern slavery model. By moving your money out of funds that include CoreCivic and Geo Group, you’re telling Vanguard and other providers that these funds don’t work for their customers. Money really is power, and the less money CoreCivic and Geo Group have, the better.

The Guardian – Why Are For-Profit US Prisons Subjecting Detainees to Forced Labor?

Earn Your Leisure Podcast – Episodes 81 and 82