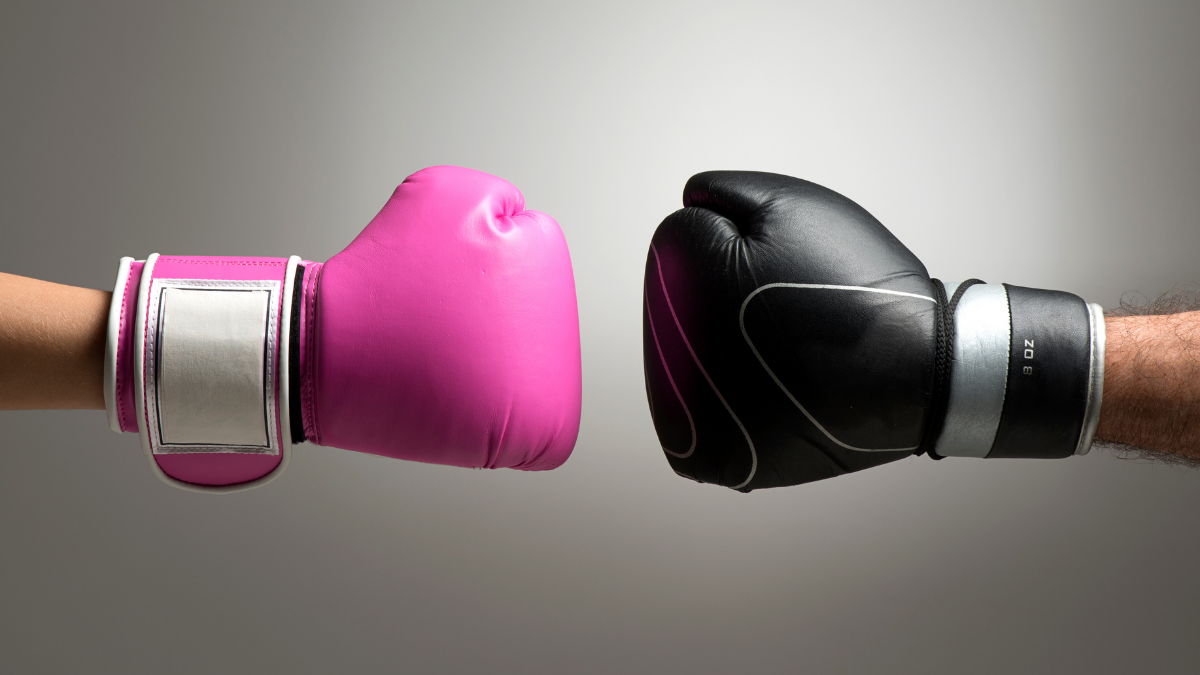 Just 9% of women think that they will outperform men as investors.

Just 14% of us say we know a lot about saving and investing, and just 33% say we feel confident making investment decisions.

To put it mildly, women are not confident investors, and it’s no surprise. Many women defer to their male partners when it comes to finances, most financial advice for women focuses on budgeting, and the financial industry is heavily dominated by men. I can honestly only think of one other woman I knew that studied finance while I was getting my degree in finance. Only one.

While this lack of confidence is frightening because it keeps women from investing at all, it’s also what gives the ones of us who do invest a leg up.

Fidelity analyzed 5.2 million investment accounts and found that over a 10-year period, its female investors earned .4% more annually than their male counterparts. And before you bros get all up in arms about whether or not these women were actually managing their own investments, the analysis looked at individual retirement accounts, 529 plans, and basic brokerage accounts that were managed by individuals, not financial advisors. It also excluded workplace accounts, like 401ks, which often limit your investment choices.

While a .4% victory over the men may not seem that sweet, it is.

If you leave your money invested for decades, which is typical if you’re investing for retirement, and you contribute $500 to your investment account every month for 30 years and receive a 10.4% annual return, you’ll end up with over a million dollars and almost $79,000 more than a man who invested the same amount and only received a 10% annual return. Unlike you, the men in this scenario won’t even become millionaires.

So what secret sauce are we using to make our millions? A dash of a lack of confidence and a pinch of our ability to bargain shop. Here’s how to invest like the best.

Be Passive, As a Lady Should Be

Cringy heading, I know, but being passive is the best way to make money investing.

Passive investing is an investment strategy where you build your investment portfolio using funds that track an underlying set of investments and then leave your money invested in those funds for decades. Let’s break this down further.

What are Passive Funds

Passive funds are index funds and ETFs that track an underlying set of investments and seek to achieve the same return as those investments. A popular example of this is an S&P 500 index fund or ETF.

The S&P 500 is an index that tracks the 500 largest publicly-traded companies in the US. When these 500 companies perform well, the S&P 500 index goes up and when they perform poorly, it goes down.

Passive investing works because over the long term, the stock market has always gone up. It does experience short-term peaks and valleys, but after 40 years, there’s a less than 1% chance an investor will lose money investing in the S&P 500.

The Alternative to Passive Investing

The alternative to passive investing is active investing. A strategy that overconfident male investors love.

The problem with this strategy is that only 11% of large-cap active funds perform better than their passive counterparts after 10 years.

There are several reasons for this. The first is that it’s incredibly difficult to time stock trades to buy low and sell high because stock market fluctuations are unpredictable. Did you predict Covid striking and causing a huge drop in the stock market in March of 2020? Active investors didn’t either.

The second reason is that active investors often do the opposite of what they’re supposed to, and buy a stock at a high price and sell it at a low one. It’s a classic case of FOMO.

When a stock is performing well, meaning the price is rising, everyone wants to buy it and get in on the gains. Queue the FOMO. Women’s lack of confidence often keeps us from actually getting in on the hype, but overconfident male investors can’t help themselves. The problem is that these guys often wait until the price is high and they feel confident about buying, but by this point, the price has often neared its peak and is about to drop back down to a more reasonable level, leaving investors with a loss.

While the data clearly shows that active investing rarely makes as much money for investors as passive investing, men’s overconfidence causes them to use this strategy at least 50% more than women.

If there’s one thing we ladies are good at, it’s bargain shopping, and we can credit this ability to the constant bombardment of shitty information from the finance industry that tells us we’re spending too much.

90% of articles about money in women’s magazines focus on spending less, while 73% of finance articles aimed at men focus on investing. One of the unintended consequences of shaming women for our spending is that we use our bargain shopping skills to choose cheaper investments.

There’s a lot of research that goes into finding the stocks an active investor thinks will beat the market. All of this research takes a lot of time, and active fund managers don’t work for free.

To cover the fund manager’s salary, active funds charge much higher fees than passive funds. These fees are called expense ratios and are charged as a percentage of the money you have invested, which can be deceptive.

Active funds typically have expense ratios around 1-2%, which doesn’t sound like a lot, but just like those extra .4% earnings over several decades, small percentages can add up.

Here’s the final tally for a man and a woman investing $500/month for 30 years.

So, ladies, you’re almost $500,000 better at investing than the men. Muster up enough confidence so you can invest in the stock market and become a millionaire, but not so much that you start investing like a man.